2020 recession possibility: What industries are safe?

There is some belief that Germany is already in an industrial recession, and that it might continue as a full-blown recession or a downturn into 2020. There are all sorts of different theories on how this might play out, such as “Fight the recession with spending” or “Double down on the Green Economy.” What we do know right now is that output is relatively low, at least from the factories, so it’s worthwhile to prepare for a different type of 2020.

In that case, then: Which industries tend to be more recession-proof than others?

Most of our readers would likely be most concerned with the Information Tech bullet above. So now let’s ask — >

In many ways, yes. Consider:

Even during the recession, which is defined as the period from Q1 2008 to Q2 2009, on median, the 16 SaaS companies in the data set still managed to grow albeit at a slower pace. Prior to the recession, median year over year growth was 42%. During the recession, growth slowed to 12% year over by the Q2 2009. The fact that these businesses were able to grow at all while the overall economy suffered a severe contraction is truly spectacular.

Overall: The SaaS model is resilient to economic downturns. No company became insolvent or declared bankruptcy, and actually, over 80% of the companies continued to grow through the recession and were able to achieve profitability in fairly short order.

How should you approach hiring in a downturn?

See, now this is where BizXpand offers you a tremendous advantage.

It’s very hard to hire successfully in a downturn. While you might think “Oh, a lot of people will be available,” and that is generally true, the problem is this: If you are a bit uncertain on cash position and future revenue, you can’t afford to miss on a hire. That will tie up money that could go elsewhere. And, to be perfectly honest, a lot of hires are essentially a roll of the dice gamble, because the hiring process is often rooted in each side half-lying to each other (“Our culture is great!” “I achieved so much at my last two jobs!”)

What you need in a downturn is a dependable outsourced partner, because it also gives you scale and flexibility — if the market picks back up and you want to hire full-time, you can. If the market stays steady or goes down and you want to negotiate the arrangement with the outsourced partner to do more or less work, you can do that. But you’re not gambling on a full-time hire who might flop. You’re being safer with people who already have expertise in a space and your vertical.

In that way, then, the outsourcing model is pretty recession-proof — A HA! — and you should contact us before 2020.

Any other questions about outsourcing and recessions? Feel free to reach out.

Will the outsourcing market grow or shrink in 2020? 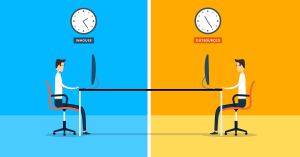 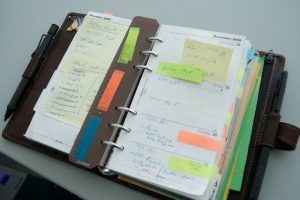 We bring matching B2B customers from Germany, Austria and Switzerland to international software and services companies.