Lead generation in Germany: What it looks like in 2019

Here’s the stark reality of lead generation in Germany: a lot of companies trying to get in the German-speaking market approach lead generation in the same manner they might in the US, or a UK-based EMEA office. That’s going to flop. It will not work.

Understanding the landscape of lead generation in Germany

German companies often don’t understand the difference between lead generation and sales execution. They want a seasoned salesman with lots of personal connections in their industry. That’s relationship selling, which can work — but is very hard to effectively scale. German-speaking companies often group the idea of “lead generation” with “other marketing stuff.”

US companies that want to expand to Germany do understand the value of lead generation — and have even asked us about sales metrics like “prospects-to-meeting-ratio” or “email response rate”. Most of them tried lead generation for Germany either from their HQ in the US or from their EMEA HQ in UK.

They primarily use cold calling or email prospecting. In both cases they failed. This is largely the result of differences across language and business culture.

What would work for lead generation in Germany?

If you want a complicated approach using LinkedIn and scraping, consider this one.

In reality, as with much sales discussion, those articles are circular BS.

Lead generation in the German market is similar to lead generation anywhere else: you can make someone into a “lead” simply by having something of value for them. It’s not about cold calling as much as “What is the value of what you do?”

If there is a difference specifically in the German market, it’s that buyers tend to be a bit more scientific and thoughtful (analytical?) in their decision-making process. NetPress has even suggested you might need twice the volume of content when trying lead generation and lead nurturing in Germany.

You definitely need to avoid fluff.

Secondly: no one really cares as much about social media as we claim they do, especially in German markets. Check this out: 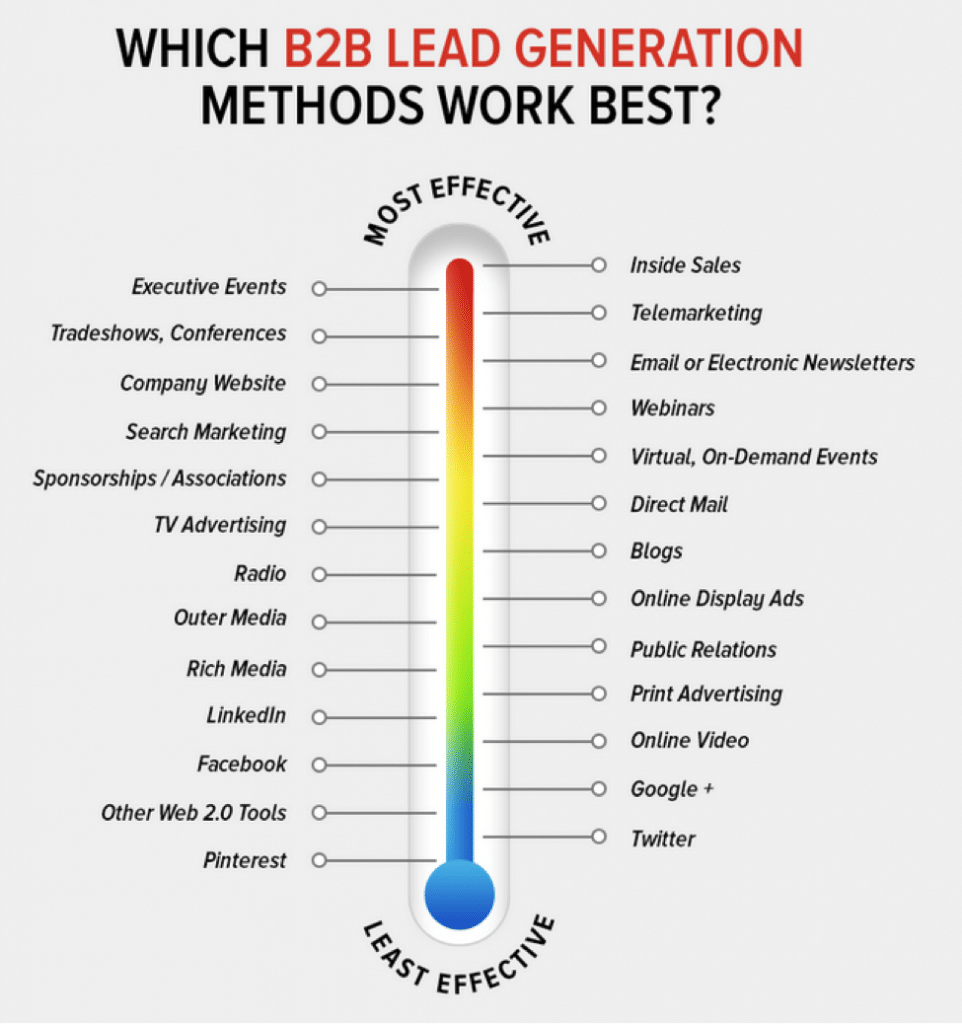 Third: research reports are attractive to many German decision-makers. They can be a valuable lead generation technique in Austria, Switzerland, and Germany.

The bottom line on German lead generation in 2019

It can work, but it needs to be rooted in value and not BS. Create warmer content that almost emulates the idea of “relationship selling,” and be analytical and research-driven in the approach you take. This will capture more buying attention than some half-assed cold calling plan derived in London. Mae sure your website drives leads as well.

What else have you seen about lead generation in Germany? Did you see our Lead Generation Essentials?