Trying to do biz in Germany? We’ve got a test market for you.

Europe’s largest national economy is (somewhat obviously) Germany, which is fourth globally in nominal GDP. (Behind the United States, China, and Japan.)

Germany’s economic output is even more relevant because it has about 80M residents, whereas the U.S. has over 300M, China has over 1 billion, and Japan has about 130M.

In short: if you want to do business and sell any product/service in the EU, you need to have a foothold in Germany.

Now, yes — there are fears of a 2020 German recession. That does need to be acknowledged, even if it ends up more as a “downturn.” But Germany is the “big play,” and the second-largest economy, the United Kingdom, is in what one Nobel Prize-winning economist called “a disaster.”

So, move on Germany to get a stake in the EU region. But how?

But you want to make sure your strategy is sound before you try to capture the German market, which can be very specific in terms of how it is sold and marketed to.

How could you test your German strategy before entering Germany, though?

Go about 4 hours south from Munich to Vienna.

Austria has about 8-9M people — that’s less than New York City — so the competition is much smaller. It’s a German-speaking country. (A plus!) Roughly 80 percent of the major businesses are located in Vienna, so you can be efficient about time usage around business travel. Austrian customers tend to be well-accepted in German markets, and oftentimes sales models that work in Austria are repeatable in Germany as well. As a sales leader, one of your foremost goals should be developing a repeatable sales model. This allows your business to scale and, in general, a repeatable process leads to repeatable results.

Then there’s this, from the U.S. Department of State:

Austria offers many advantages for foreign investors, including political stability, skilled labor, high productivity and international competitiveness, rule of law, quality of life, and personal security. Austria further scores with high-quality health, telecommunications, and energy infrastructure. The administrative system is transparent. Labor-management relations are relatively harmonious in Austria, which has a low incidence of labor unrest.

About 330 U.S. firms, for example, have invested in Austrian companies in some capacity. As Export.gov even notes, “it’s an attractive test market for companies with an eye towards expanding into neighboring Germany.” Plus, while there are fears of slowed growth in Austria for 2020 too, the fact is that unemployment keeps falling there.

If you’re sold on Austria, the next step is figuring out how to proceed. Here’s one approach, from the same Export.gov article:

U.S. firms should plan their market entry very carefully. Given its location in the center of Europe and the size of its market, small enough to allow a quick overview, Austria stands out as a desirable, affluent pilot market for advanced U.S. products. The best strategy is to screen potential distributors and select a qualified local distributor. Austrian distributors are usually knowledgeable and experienced. They regularly call on hospitals, clinics, laboratories, and medical doctors with practices. The majority of distributors are fluent in English. They are also knowledgeable about EU approval procedures and will obtain approval for U.S. suppliers if needed.

That specific paragraph applies to hospitals and medical equipment, but if you shift the wording, it can apply to sales of virtually any product. In short:

It takes time, yes — all good sales approaches do — but Austria is an ideal test market to reach the world’s fourth-largest economy. 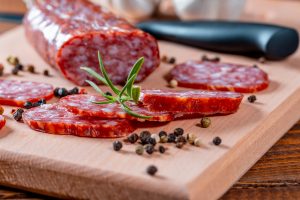 What’s the role of voicemail, LinkedIn, and SMS in DACH?

11 Tips to Improve your Email Prospecting

We bring matching B2B customers from Germany, Austria and Switzerland to international software and services companies.